PBS Documentary on Aid Shines a Light (and wins an Emmy!)

Congratulations to all folks associated with the PBS film, Good Fortune, who last night won a News & Documentary Emmy Award! A well-deserved recognition, this is a must-see film for anyone concerned with aid effectiveness.

Good Fortune is (as of last night) an Emmy-winning PBS documentary that is a provocative exploration of how massive international efforts to alleviate poverty in Africa may be undermining the very communities they aim to benefit. 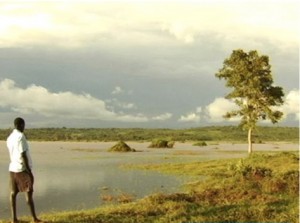 In Kenya’s rural countryside, Jackson’s farm is being flooded by an American investor who hopes to alleviate poverty by creating a multimillion-dollar rice farm.

Across the country in Nairobi, Silva’s home and business in Africa’s largest shantytown are being demolished as part of a U.N. slum-upgrading project.

The gripping stories of two Kenyans battling to save their homes from large-scale development present a unique opportunity see foreign aid through eyes of the people it is intended to help.

"It’s important that we, as Western citizens, do what we can to combat extreme poverty. I hope this film can be the beginning of a discussion, and I hope that the way we administer aid in the future can change as a result.” ~Landon Van Soest, Filmmaker

To learn more about the film, and to read reviews and reactions, click on: goodfortune

Waiting for Pennies From Heaven

Stuff: What is it good for?

The Curious Aid Worker: Storytelling with Marc Maxson (Part I)