On the road map of achieving CLC Nepal Dream 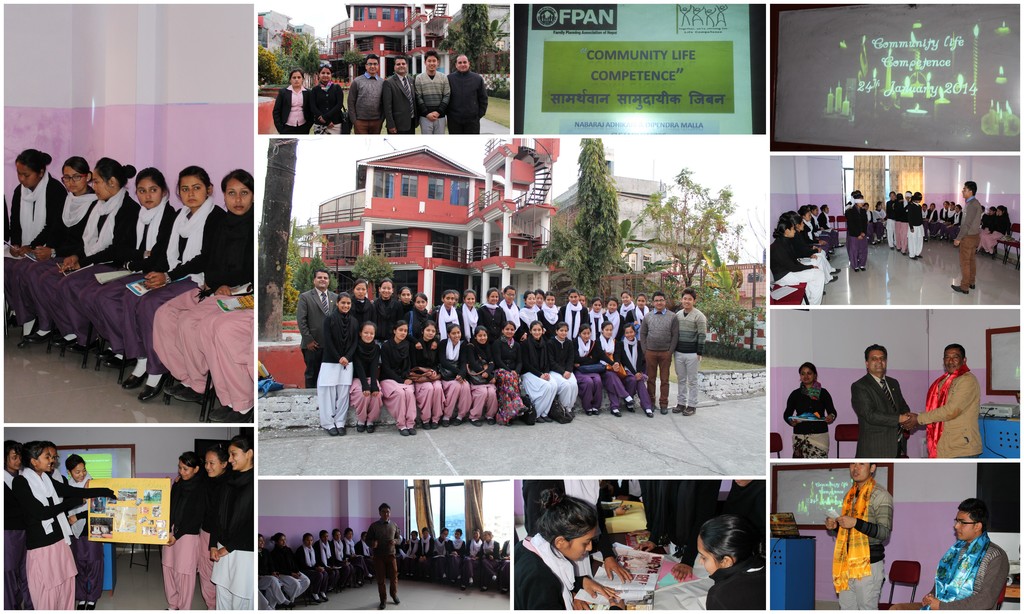 We Pokhara CLC team on our endeavor of sharing our learning of Community Life Competence in Pokhara, on 24 January 2014 we went to Nursing Students of Novel Academy Pokhara. The idea of sharing the concept and approach of Community Life Competency Nursing students came to our mind, when visited FPAN Kaski few weeks earlier. After sharing this concept with peer educators of FPAN Kaski , we realize that it would be very useful for health practitioner who are working very closely with community people in Individual level. Therefore, we decided to request Nursing Program Coordinator of Novel Academy. She was very positive and willing to gave us half day for orientation program.

To begin with, we are very grateful for the warm welcome form Mr. Bisaswar Acharya CEO of Novel Academy and Nursing Coordinator Mrs. Sharadha Pahari . Similarly, openings remarks from Mr. Mahesh Ratna Sakya, President of FPAN Kaski, and chief guest of the half-day CLC orientation program increased our morale and encourage us to conduct such activities.

In this orientation program we have planned to use game name “We are same” as an icebreaker, a very useful tool to encourage sense of community. Because of time constrain we have to change less time-consuming tool known as “Snowball”. During whole session participants of nursing student was quite amazing which make the learning and sharing process very fascinating and exciting. We believe that the way we interaction as a learner was very useful to create this friendly environment.

This time we describe the S.A.L.T approach in a new way with a game called “Blind Train” which we believe very effective and interesting. In this, game we divide participants on two group and both of groups need to make a formation of train. We gave them a simple task “To collect paper ball and carry to cross the line which been set”, to describe a dream of group or as a problem of that group. Most fascinating part of this was all participants who formed train need to cover their eyes except one who is driving the train. In addition, verbal communication was not allowed. They need to seek a way and make group understanding for effective communication and complete their task.

During this drill, participants stimulate each other to execute their plan complete their task better than other group; they appreciate their group members when they perform well in game. Likewise, they learn from each other good work and mistakes and they share within group. By this game, we believe we describe SALT approach in an effective way to understand.

The hope and dreams of this nursing community were quite fascinating and inspiring. One participant shares “We wanted to see that people treat them as respectfully as they do to doctors. Likewise, other shared “I want people to realize that nurses are not just a helper of doctor, doctor and nurses are the two part of a coin, both roles are equally important to treat patients. And I am going to make people realize by my work”.

When we appeal to provide some feedback on ClC, how they feel about this strength based approach. We are quite amazed and motivate by the response. They also feel like us, that half-day orientation is not enough to learn about this innovative concept; they wanted to learn about CLC and requested us to visit them again. For this reason, we have linked them with the constellation global community.

Thanks Ritu ma'am for suggestion we will try to incorporate your suggestion in other CLC sessions.

You share SALT with others and share back with us. Thanks a lot for an opportunity to learn from your experience. If possible try adding a SALT visit for a deeper learning. Warm greetings!