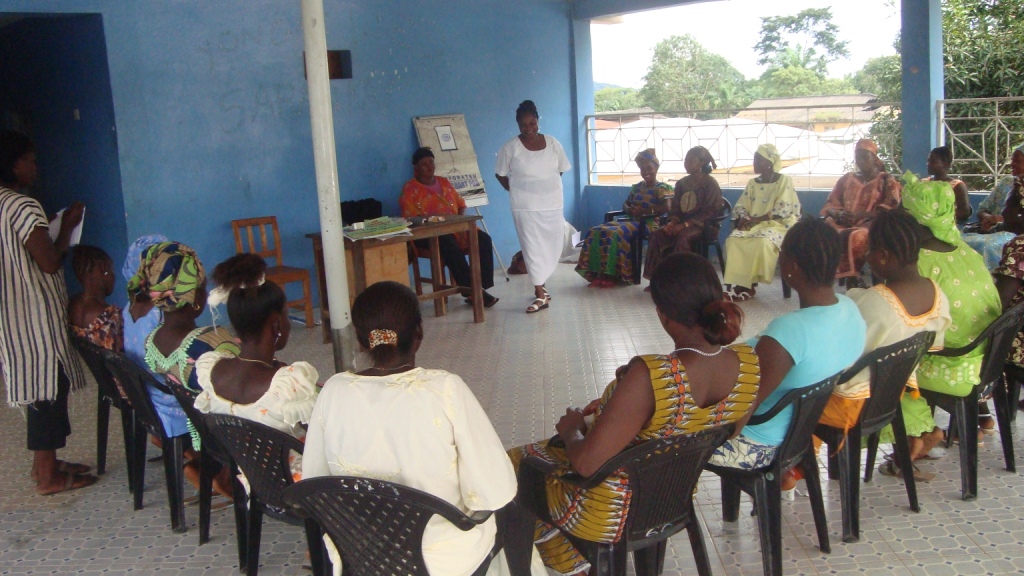 Despite the fact that major childhood diseases have been identified and modern technology to combat them developed, yet, children in Sierra Leone die in large number from the attacks of these diseases. The adduced reason is deeply rooted in people’s beliefs and attitudes concerning childcare and behavioural practices into health strategies. The Sierra Leonean health policy recognises the need to reduce the current high childhood morbidity and mortality rates, but people’s belief and behavioural practices have not been adequately integrated into the health intervention programmes.

The non-disease specific beliefs among the Kono/Mende tribes is the belief that the’ first born is likely to die to give way to more children to be born’.

Recognizing the implication of this belief for the survival and upon the recognition of the fact that children under five years of age constitute an important segment of the Sierra Leone population, a group women (25) met and attempt to examine the perception and attitudes of the mothers in the Nimikoro Chiefdom, Kono District of Sierra Leone about the death of children (0-10 years) in their community. They preferred to be called ‘Mothers Against Infant Mortality’ (MAIM)

To help these women (MAIM) understand the health issues around illnesses and death of children , they  were taken through the Competence Approach process where the need to invite a health personnel to train them were prioritised.

On the 28th of September 2011, these women spent a whole day in a workshop on how to prevent child death. The facilitators were one trained public Health Nurse and one Social worker  (all women) who can speak their language and understand their culture.

This group also resolved that they will encourage other women to construct plate racks in their
compounds. They will also encourage pregnant women and lactating mothers to correctly and regularly use ITNS. They ended up dividing themselves into five sub groups so as to help them visit the five sections of the chiefdom with their newly acquired knowledge.

Comment by irit hakim-keller on October 9, 2011 at 4:25am
I believe in the way of education.
I wish MAIM success with their important  mission.