I am a traditional leader Khudiring ward (population about 1000) in village Taung, South east district in Botswana. 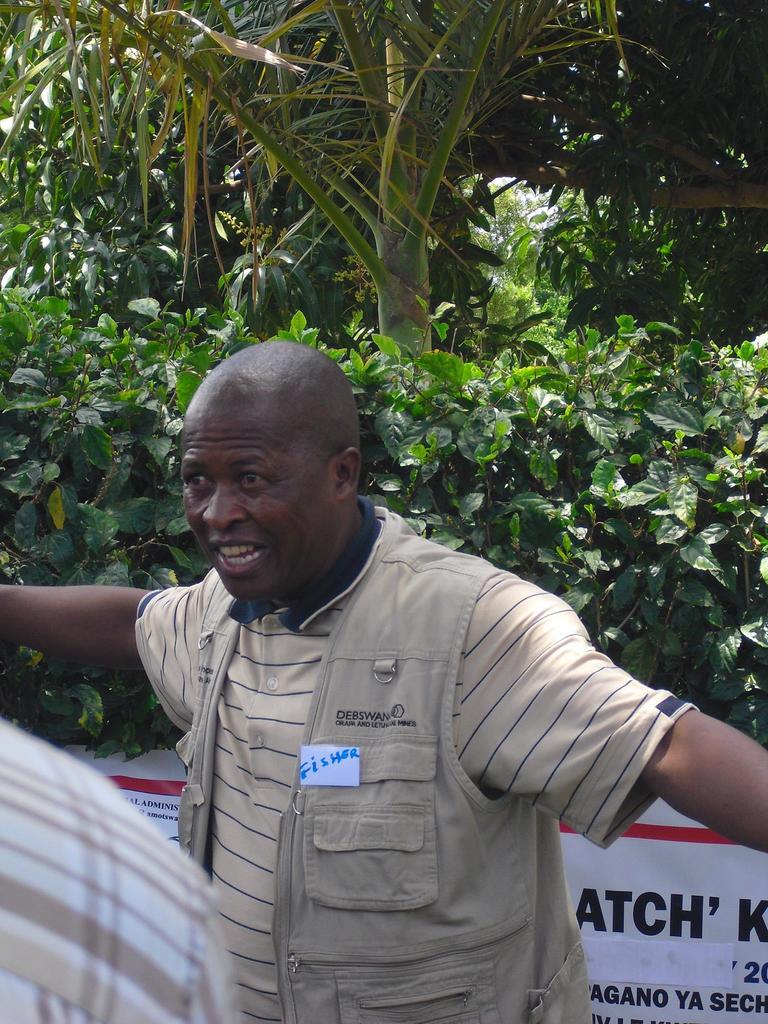 In 2012, National AIDS Coordinating Agency (NACA)*, called a meeting of key stakeholders in Francistown. NACA said that the government has been trying to end HIV but it is going in circles and losing the battle. It called upon the stakeholders to discuss how best they can fight this. The stakeholders responded that the problem is that government formulated policies and came up with the solutions for the communities without the consent of the communities. Instead the stakeholders suggested an approach, which is bottom-up, talk to the communities, hear their concerns and hear what they feel is the best solution to the problem. It is the community members who should bring the solutions to the table and they should ‘own’ the model. It was agreed to pilot this idea in South East District.

Communities Acting Together to Control HIV (CATCH) project was rolled out in 2015. When we started to roll we realized that the problem is broad it does not only concern HIV. The problem concerned the whole human being – gender based violence, alcohol and drug abuse, teenage pregnancy, littering, and lack of parental care, deforestation. Therefore, CLCP and SALT is the methodology being used in CATCH. I was trained as part of 75 chiefs of the five villages in 2017. From my village two community volunteers and I got trained.

After the training we started doing SALT visits in the communities- visits to the homes. Every week we do SALT visits in one ward 4-5 visits in one day. The response was not very positive initially because some people were not coming on board. Then in April 2017 we had knowledge share fair in Ramotswa which was for three days. Many people came to appreciate CLCP and SALT as there were many testimonies which were narrated by members of the community. The knowledge Fair was organized by the South East community with support of National AIDS Coordinating Agency (NACA) and was publicized on the television. Now families are accepting us while in the past they gave us flimsy excuses.

I am worried about a society, which does not care about its well being. After a person was diagnosed with HIV, many would default on treatment. So many were using drug use and alcohol. Now people stood up and said that they admitted that they were defaulting on treatment which resulted in them getting back to treatment. SALT started mindset of the people to change , some have left illegal brewing of alcohol in the village. SALT forms a bond with the people we visit, they may not change overnight but over time they will change. As per an old saying that it takes the whole village to raise a child.

Why did the behaviour change occur?

We did SALT visits to the homes of people particularly those who had ailments or difficulties like drugs, HIV etc. We did not visit once, we did multiple visits. These people felt that they were not alone, they were supported. Through appreciation they realised that though they had major medical issues, there life had not come to an end. This increased their self confidence. They started appreciating their own selves. We invited these people to dream about their village and their dreams were like our children should not get infected by HIV or use drugs, a school in the village. Through dream building it became a community thing and not individual issue. This I think encouraged them to take action.

*The overall purpose of NACA is to develop and support partnerships, harmonize, coordinate and facilitate implementation of the national response to HIV and AIDS.

Very well done, Ksogi Pogiso Botlhole. Your sharing this story during the Learning Festival was inspiring and even now it is. We are proud of you and other ksogis and what YOU are doing in your respective communities.