How Community People Took Initiative For Engaging a Teacher In The School? 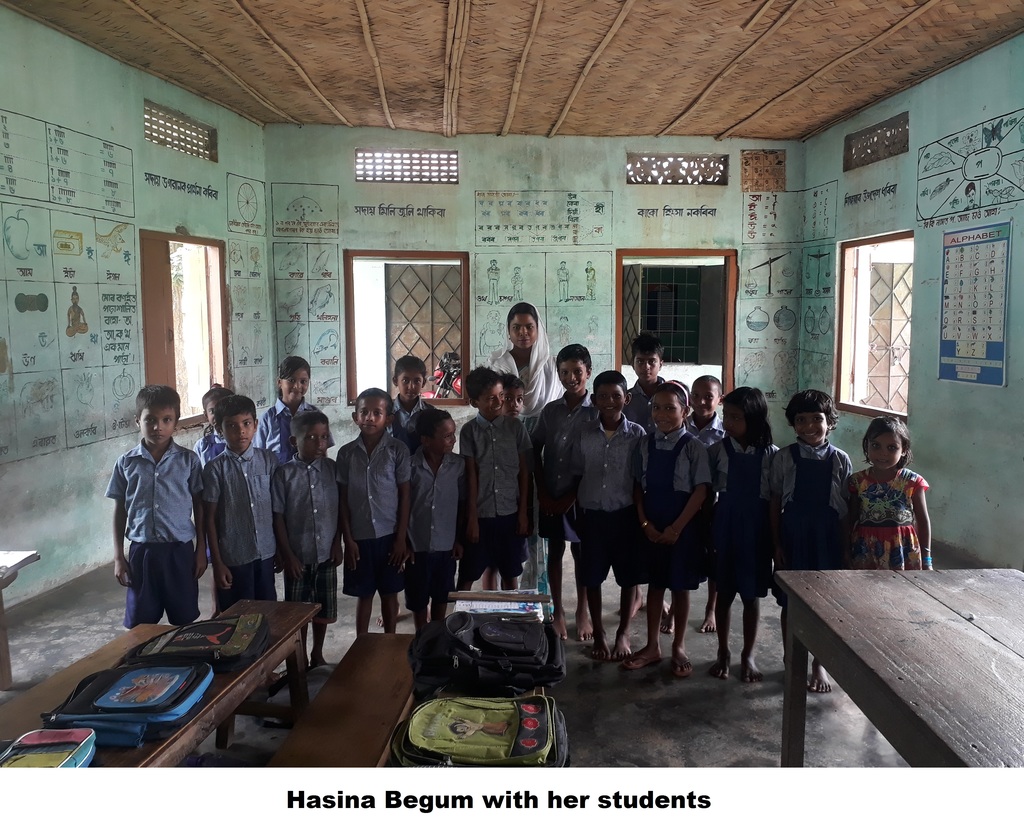 A very inspiring story of how community people took ownership in engaging an unemployed women as a teacher in the community. Kanara Beel a small and backward village in Bongaigaon, Assam had raised their interest in working on the SALT approach for better education of their children.

A government L.P school in  the village having total students enrollment of 122 were facing problems due to the shortage of number of teachers. In the school comparing to the 122 total enrolled students there were only 2 teachers which was insufficient for providing the students with proper education and knowledge. It was also a great headache for both the teacher's to manage those huge number of students in the school as due to the implementation of government's  various rules and regulations in keeping systematic records of the school, for which both of the teacher maximum of the time used to be busy with those works. It was being found out by the facilitator's on having a discussion with maximum of the parents that their children's who are at 4th/5th standard couldn't even write their names properly. As it was an matter of contention for the villagers the facilitator's facilitated  them in arranging a community meeting with the School Management Committee for finding a possible solution to the problem.

The day of the meeting came and there in the meeting after a lots of discussion it was being planned by the villagers that they had some graduated unemployed boy's and girl's in the community whom they could engage in the school on voluntary basis for the proper education of their children. Some of the names were being proposed by the villages among whom a women of a 2 years old baby named "Hasina Begum" came up with the ownership to provide free education to the students of the school.

When the facilitator's followed up during the next visit to the village it was being found that she already joined as a part time teacher in the school on her voluntary basis. When it was being enquired she told that, "I am a married women and also a mother of a 2 years old baby who used to run the household. Earlier I used to think that my higher degrees are of no use as I got married soon after my graduation but the approach of SALT had made me realized that my higher degree can now be contributed to the development of the school student and also for the community. May be now I am the only one who is giving services to the students voluntarily but I believe that looking at me in future many others graduated unemployed person in the community will get inspiration and contribute their unused time for the development of the school students and the community."

The school headmaster also mentioned that," It is my 5th year in this school  and 8th year of my service in teaching profession, I had faced lots of problems for the shortage of school staffs/teachers but I never thought that the approach of SALT will help me and the students the way it did by giving us an hidden talent from the village in the form of Hasina Begum. We will also look into the availability of other people in the community in future who can contribute for the school and its students"

I liked what the Headmaster said.

"I never thought that the approach of SALT will help me and the students the way it did by giving us an hidden talent from the village in the form of Hasina Begum."

Thank you for the story Jahirul.

I liked what the woman said. If we can motivate others to teach as being a mother of a a small child and household responsibilities it may not be able possible for her to be regular in teaching. If she is given orientation on SALT she can stimulate many others. Thanks for posting Jahirul. It needs a lot of effort to write:-)