Chikankata is home of home based care - a response from zambia

My names are Gift munkombwe ,male age 37 yrs, working for the salvation army chikankata hospital and CHAZ as AIDS Field Coordinator for community based programs and am currently the Acting as- Manager community health development and research department.
chikankata is home of home based care!
It was a 1984 when a strage illness was seen to affect the people of chikankata, health education through community meeting were conducted local leaders were sensitised and influenced to talk about the by then Strage illness now know HIV and Aids. in the begining the hospital kept all pts in the hospital for long a period of time away from their loved ones as they could not manage to vist them regulary.
1986 a plan to build a hospice was born and a building was costructed to a modern standard. the idea of the hospice was rejected by the community as the ward developed a lot of stigma such that no one was willing to be nursed in that ward. actually so 3 patients committed suicide for not wanting to be admitted
it was at this point in 1987 when a lady admitted in the ward proposed that she wanted to be discharged and be with her children at home in the village " her loved ones". this caused and led to a new way of supporting the community and affected families. consultation began with community to find a way of making the burden of care easy to the immediate family .
the community visit by hospital members of staff still generated and attracted the stigma to the family and the patient, the hospital used a yellow vehicle for patient followups and community members associated this vihecle to HIV patients as it was used to visit households with HIV people.
lessons were learnt and group of community volunteers choosen by the community were made and trained on how to care and support people living with HIV and other illness. these people formed what we call Care and Prevention Teams-CPTs. the CPT concept was now also been shared.
the cpt member conducted home based care- support patient and immediate family member- material (locally available) spiritually, and treatment of minor elments.
the home based care concept started like that. but there was a lot of meeting with the local leaders on how to deal with some of the cultural practice which fueled the HIV pandemic in our societies eg sexual cleansing - which was a penetrative sexual act with a widow /er by a relative- community believed that some one was not clean until cleansed. this was change with the influence of the local chief- mwenda . it was aggreed that it be modified to thigh brushing.
I currently stigma and discrimination have high reduced and people are able to share their HIV and Aids experience with fear. support group member helps in our community support and counselling and they share their testmonies with open hurts and smiling faces
every day learn and move forward 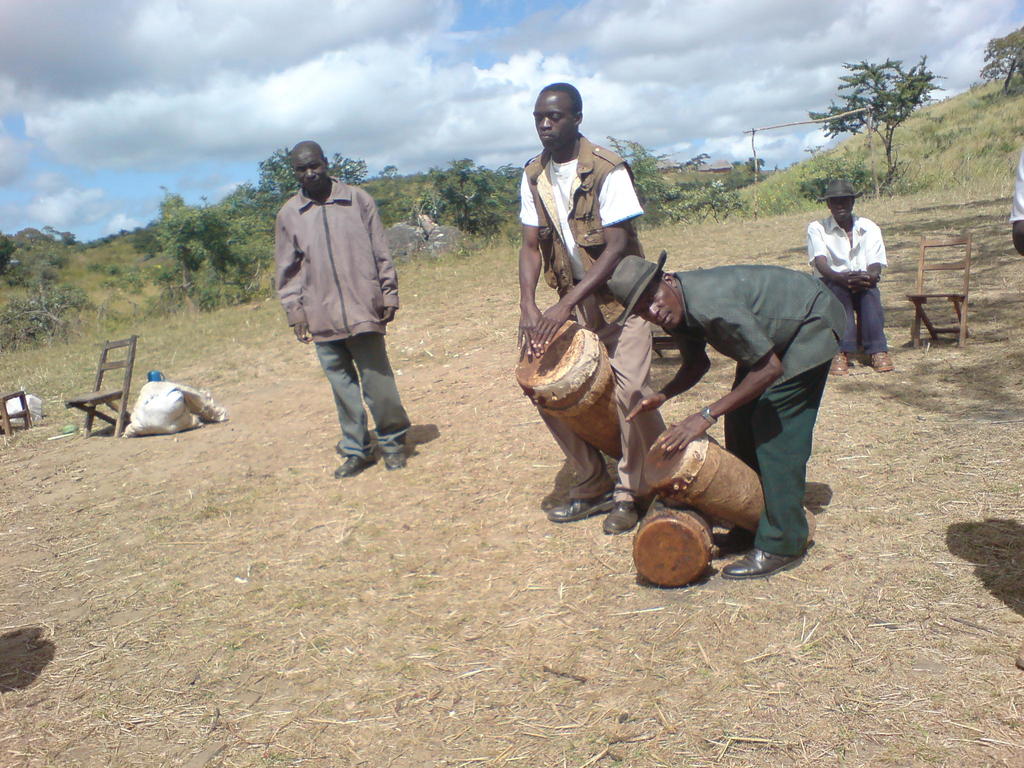 Comment by Gaston on June 22, 2010 at 8:15am
Gift, great blog and beautiful photo. I like the element of 'together learning and progressing' that dominates in your story. As a community, we won't get it right the first time. We probably act not in the best and most compassionate ways instantly when responding to challenges. The important thing is that we are open to learn and progress as a community.

Comment by Marlou on June 21, 2010 at 2:38pm
Many thanks Gift for you Gift that I read on the beginning of my week. I am enjoying your story: I heard the name of Chikankata so often since year. Your story of the voyage from 'stigma and fear' to 'open hearts and smiling faces' and the beautiful story are bringing me there.
A small group in the Constellation is currently looking at lessons learned from resource mobilisation, to include them in a knowledge asset (see Tab K Assets on this site). You have certainly been effective to mobilise your strongest resource: human beings. You also write that the group provides locally available material and minor treatments. Can you tell a bit more of how what those are, and how they are mobilised?
With warm wishes,
Marlou

Comment by Sreejit Enartha M on June 18, 2010 at 7:43pm
Dear Gift,
Thanks for sharing Chikankata experience. It was an eye-opener for me in many ways... One , to know that chikankata is known as 'home of home based care! and two, the experience is a good example to show how some of the best ideas come from simple thinking and how a community can in an amazing way galvaniseinto to action in wake of a crisis. It also demonstrated how the whole thing evolved into a pioneering care model incorporating key elements of prototypal home based care model by taking small incremental steps. It showed how important community participation is in driving such programs and also how innovative ideas/models can yield good results in resource constrained settings.

These are invaluable experiences and I was wondering if the program has produced materials ( tools, reports etc) that could be of use to others who are working in this field.

Thank you so much for sharing your experience. Your experience with home-based care reminds me of the experience of northern Thailand. I'm always amazed to meet volunteers here who dedicate so much time, effort and love to help others. And they do it because it makes them happy, that's the most beautiful thing.

You talk about Care and prevention teams. How do these teams 'prevent' the spread of HIV? In other words can you explain more about how you link care with prevention?

I love the picture! Is this the new way to cleanse widow/er?