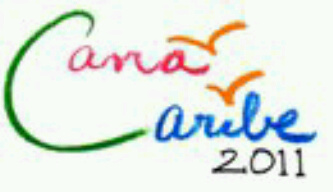 We are launching our CanaCaribe Newsletter and we want you to be a part of it!

With the increase of crime and violence in our region, this is an excellent opportunity for us to highlight the champions of peace.

Send us a project report of what you or youths in your country are doing to promote peace. These articles, videos, drawings or other submitted material can be featured in our first issue.

Participants of this launch will:

Send all entries to carimentors@gmail.com A new report provides an extensive synthesis and analysis of recent data, gaps and challenges in AIDS prevention, treatment, care and support for young people in Zambia.

For Zambia’s young people the AIDS response has seen a number of important successes, with a significant 25% decline in HIV incidence over the last decade. However, according to a groundbreaking new report, the AIDS epidemic continues to have a huge effect on the country’s youth, especially young women, and much more needs to be done to achieve an HIV-free generation.

Situation Assessment of the HIV Response among Young People in Zambia provides an extensive synthesis and analysis of recent data, gaps and challenges in AIDS prevention, treatment, care and support for this key age group. It was launched at a high level meeting held from 17-18 April in Lusaka.

The event was supported by Zambia’s United Nations Joint Team in collaboration with the National HIV/AIDS/STI/TB Council (NAC), and the ministries of Health; Education; Youth and Sport; and Community Development, Mother and Child Health.

“We must reduce the number of new HIV infections among young people if we are to meet the targets set in the 2011 Political Declaration on AIDS,” said Deputy Minister of Youth and Sport Nathaniel Mubukwanu. “We are committed to continue developing high impact interventions using a combination of HIV prevention strategies to effectively respond to the epidemic,” he added.

This is attributed to a number of factors. Dr Clement Chela, NAC Director General, citing the report said these factors included, “Poor comprehensive knowledge of HIV; gender inequality, poverty and the combination of transactional and intergenerational sex, early marriage, alcohol use, peer pressure and the negative gatekeeper attitudes towards condom promotion among young people.”  Data shows that only 53% of adults expressed support for condom education for HIV prevention among young people.

The report also highlights that there is no comprehensive sexuality education package for pupils in school and a high level of stigma towards young people on treatment from their peers.

One of the key recommendations in the report for increasing protection of young people is the promotion of their meaningful involvement in HIV policy and programme design and implementation. This can be facilitated by building their capacity as change agents and service providers and encouraging them to generate demand for HIV-related services.

As Youth Representative Chipasha Mwansa contended, while hoping that her peers’ recommendations would be taken with the seriousness they deserve: “Nothing for young people without meaningful involvement of young people.”

According to the report, bottlenecks that need to be addressed in order to meet young people’s needs are those that affect access to condoms, HIV counseling and testing, male circumcision and behavior change communication among young people in and out of school. Furthermore, youth friendly services should be expanded at the health facility and community level, including those integrating HIV care and treatment and legal protection for adolescents living with the virus.

To ensure that measurable progress is made in Zambia, the UN has pledged to work with relevant ministries and stakeholders to translate these main recommendations –and others— into a clear, costed and time-bound action plan which puts young people centre-stage.