Behind the Barricades, There Is Happiness

Richard Moore describes himself as “just a guy who wanted to help.”

This is somehow funny coming from a man whom the Dalai Lama refers to as “my hero.”

Well known to the residents of Derry, Ireland, where we met last month, Richard Moore was shot at the age of 10 by a British solider on his way home from school. Taking a rubber bullet on the bridge of his nose, Richard lost his sight that day. His family’s, and his community’s story of forgiveness and triumph over this tragedy is a tale that Richard weaves and shares effortlessly, and yet so authentically.

How Richard’s story relates to the organization he founded, Children in Crossfire, and its work with local groups in sub-Saharan Africa is what I most wanted to talk about with him that day. 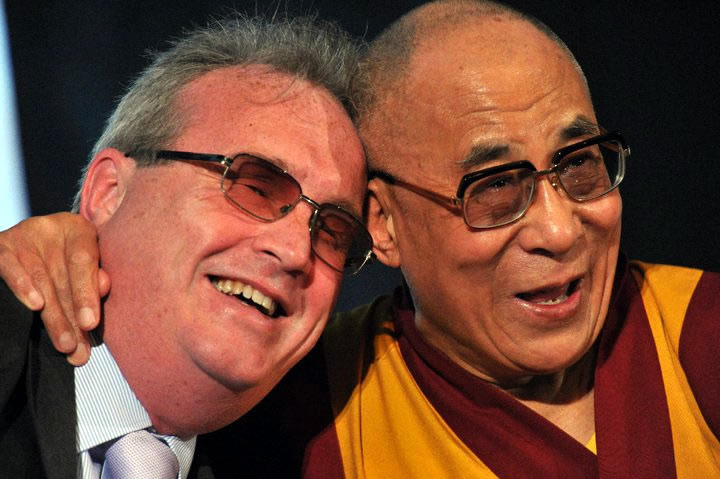