On the treadmill this morning (a time I usually reserve for non-development thinking), a story from Malawi popped up via This American Life on my ipod. They continue covering stories on aid issues in ways that are, for the most part, respectful and engaging, this one specifically related to HIV prevention programs.


This American Life 444: Gossip, Originally aired 8/26/11 Summary from the TAL website: In Malawi, in southeast Africa, not gossiping can be worse than gossiping. Sarah interviews a young Malawian woman named Hazel Namandingo, who explains that because so many people have HIV and AIDS in Malawi, they often rely on gossip to figure out who's safe to date or marry. It turns out this kind of gossip is the basis for a huge research project about AIDS in Malawi. For 10 years, a sociologist named Susan Watkins has been collecting journals filled with gossip about AIDS. Watkins hired local people to write the journals—to just listen to what people were saying in their communities about the virus, and then write it down. What Watkins learned from reading them bucked much of the conventional wisdom about how rural Africans were dealing with the epidemic. (Plus, they're really entertaining.)
There's a U Penn website that explains the Malawi Journals Project. And an NGO in Malawi called Invest in Knowledge has catalogued the journals. (30 minutes)

Give it a listen here: http://www.thisamericanlife.org/radio-archives/episode/444/gossip 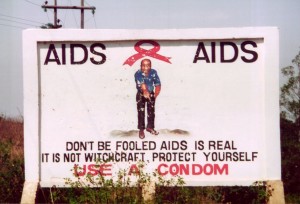 While the piece started out strong, my admittedly sensitive ears did eventually get an overdose of “they” and “them”—those otherwise innocuous, yet potentially “othering” words of the English language.

Nonetheless, the research itself seems important, grounded, and highlights key issues of “aid elites,” the role of qualitative research, and the need for the aid agenda or program approaches to not be conceived by people sitting in Washington D.C. Unfortunately the research shows that in the case of HIV prevention, the standard, over-simplified interventions devised by the public health and development “experts” i.e. NGOs and donors, are largely missing the mark.

As Emily Cavan so eloquently explains, "The agenda of development aid should not be set by people so far removed from the uncertainty of life.”

An oldie, but a goodie from Muluzi

Excerpt from the episode:

Something that’s not at all in the agenda of the [HIV] prevention community is partner selection. They advise each other to be careful before you select a partner, ask around, see what her behavior is, see who knows her.

[Host: So what does this mean for prevention programs?]
It means that they did some programs that weren’t necessary because they were telling them to talk about AIDS when they were already talking about AIDS…[a discussion already underway.]

What that stuff did was justify spending money on things that, to be fair, the prevention community thought would be important because they didn’t know what was going on outside of their offices basically.

[Host: The problem…Malawi depends on outside money for AIDS prevention, big donors and NGOs. So to make sure that money keeps coming, the Malawi government tailors its AIDS prevention strategy to whatever the international trends are, even if those trends are based on assumptions about rural Africans that aren’t necessarily true.]

You have to be kind of sympathetic to someone sitting in Washington D.C. at the offices of USAID. How are they going to know what goes on? What they know generally about rural Malawians comes through the Malawian aid elites largely, cause those are the people they interact with. 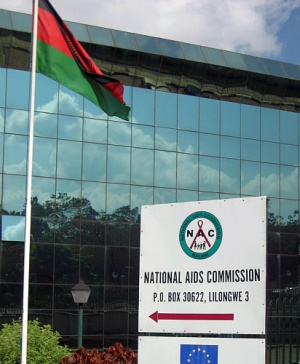 Home of NAC, near my old house, Area 18 of Lilongwe

RCTs: Some “how matters” advice for donors

Welcome new GAVI CEO! You’ve got quite a task ahead!

The Carpenters and the Rude Man

Listening to People on the Receiving End of Aid

Hi Jennifer, That was a wonderful blog. And I totally agree on Olivia's comment, "yes it's a simple case of listening and valuing the local knowledge". Simple conversations should be valued.

Thank you for allowing me to add.

Hi Jennifer. This is a lovely blog. I too like to reserve my treadmill time for non-development thinking but i'm wondering if I should change this - because it's when I think the clearest!

As for the journals idea - it's a simple case of listening and valuing local knowledge. The question is, how many other conversations are we missing?  I think there's a big lesson here for northern aid workers sitting in London or Washington DC. Sometimes a simple conversation (with food - usually there is food involved :-) reveals so much more than one could discover through other types of research such as interviews or data analysis etc.

Our collective challenge as development workers is to encourage more talking and listening at a human level, the capturing of these conversations, and a greater valuing of this knowledge......

Thanks for getting me thinking!