Guidelines of NACO,Government of India for PLHIV in reference to H1N1

All HIV infected persons, especially those with low CD4 count, are more prone to get different bacterial and viral infection as compared to general population. At the present time, there is no information about the risk of the H1N1 in people with HIV/AIDS. However, HIV-infected persons, especially persons with low CD4 cell counts, children less than 5 years, pregnant women and elderly persons are at higher risk for complications and rapid… Continue

{This is a contribution by Fr Joe Ngamkhuchung of People in Need Foundation, Northeast India. I wish I could convey the joy and pride in his voice when he spoke to me today. Irang, you are doing great. Keep going ! }

If ACP means Community Power, they are already there! Along with the Chairman and the Council members of the Village, were the youth and student leaders, during the SALT visit on 7th August 2009.

Recently I have had the pleasure of spending time at 2 meetings with, let us call him, John from Uganda.

After a little while, I noticed that John had the habit of quietly raising his hand (yes, it is possible to raise your hand quietly) and asking a question.

1. What went well?
 When we went for SALT visit at the first workshop, one group visited the same community twice was really useful. The first visit is more for building a relationship and trust. But at the second one (because of the successful of the first visit) is more to the advanced process; facilitated community we visited to build their own dream and how to reach them. This is like a ‘process with a follow up’.
 When we facilitated this learning event, we – as facilitators –… Continue

Whither male circumcision in South Asia ?

Though the vulnerabilities to HIV of the South Asia population have been clearly delineated, the moot point is if we are ready to implement a comprehensive strategic evidence-generated intervention (say in a large country like India) or not.

It is unfortunate that there is a tendency to consider male circumcision as an effective strategy for the Sub –Saharan countries with high HIV prevalence only.

How to ensure GIPA within PLHIV community/Networks

I am working as a National GIPA coordinator for five north India states through INP+ and supported by UNDP, India. After working so many years on GIPA I am still not able to understand what dose GIPA means, when it comes to internal advocacy within PLHIV community? Is it increase accountability, is it to improve the quality of services to other PLHIV, is it a involvement at decision making process where community is taking decisions for community? The whole advocacy component in Indian PLHIV… Continue 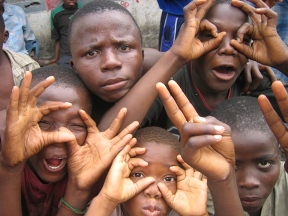 How I became a fan of DR-Congo

A little nervous I stepped out of the airplane from Nairobi. Finally, stepping foot in the Democratic Republic of Congo. 2 weeks of French speaking in a country that is generally known in the press as ‘being a mess’. When I told many of my friends or family that I was going to DRC, many would say: ‘Wow, that must not be easy’ or ‘pfff, tough trip’.

Well to sum up my trip in one sentence: ‘DRC is one of the most impressive countries with the… Continue

I have just returned from Samraksha's two day dissemination in Koppal, and it has been an inspiring visit. Different village communities from across the district attended the event, which was a chance for them to share how and why they have become involved with HIV, and what they intend to do in the future. Young men, women, older people, representatives of government programmes at the village level, like the ASHA worker (Accredited Social Health Activist) and ICDS (Integrated Child Development… Continue

How and when did we get convinced of ACP?

We have all traveled different pathways before we have united in our belief in community strengths. It is interesting to reflect on the journey.

I was introduced to ACP in the beginning of my career and at that point, it did not make much sense to me. I tried hard to understand. Community immersions in various countries where ACP was practiced followed by constant debriefing with my mentors, reading up on manuals, participation in process analysis oriented on ACP followed. One day, I… Continue

I take this opportunity to describe what I learned during a professional visit to the tribal districts in Madhya Pradesh, India. Before I embark upon the journey I would like to describe that India with its mutiple cultures, castes and communities has a caste based hirearchy which is still alive in most urban and rural India. Infact access to socio-economic and educational empowerment are rather determined by the hirearchy in many regions despite an equity based system in the… Continue

Last week, I was part of a GLIA event in Rwanda. During the week, we made a SALT visit to a village called Ruhuha. This was about 90 minutes drive away from the capital, Kigali. The visit was remarkable in so many ways that it is very difficult to know where to start. But I will try.

In the village, a group of orphans had decided that they would work together to meet the challenges that they faced. So when we met them, one group was working to produce clothing for sale to the public.… Continue 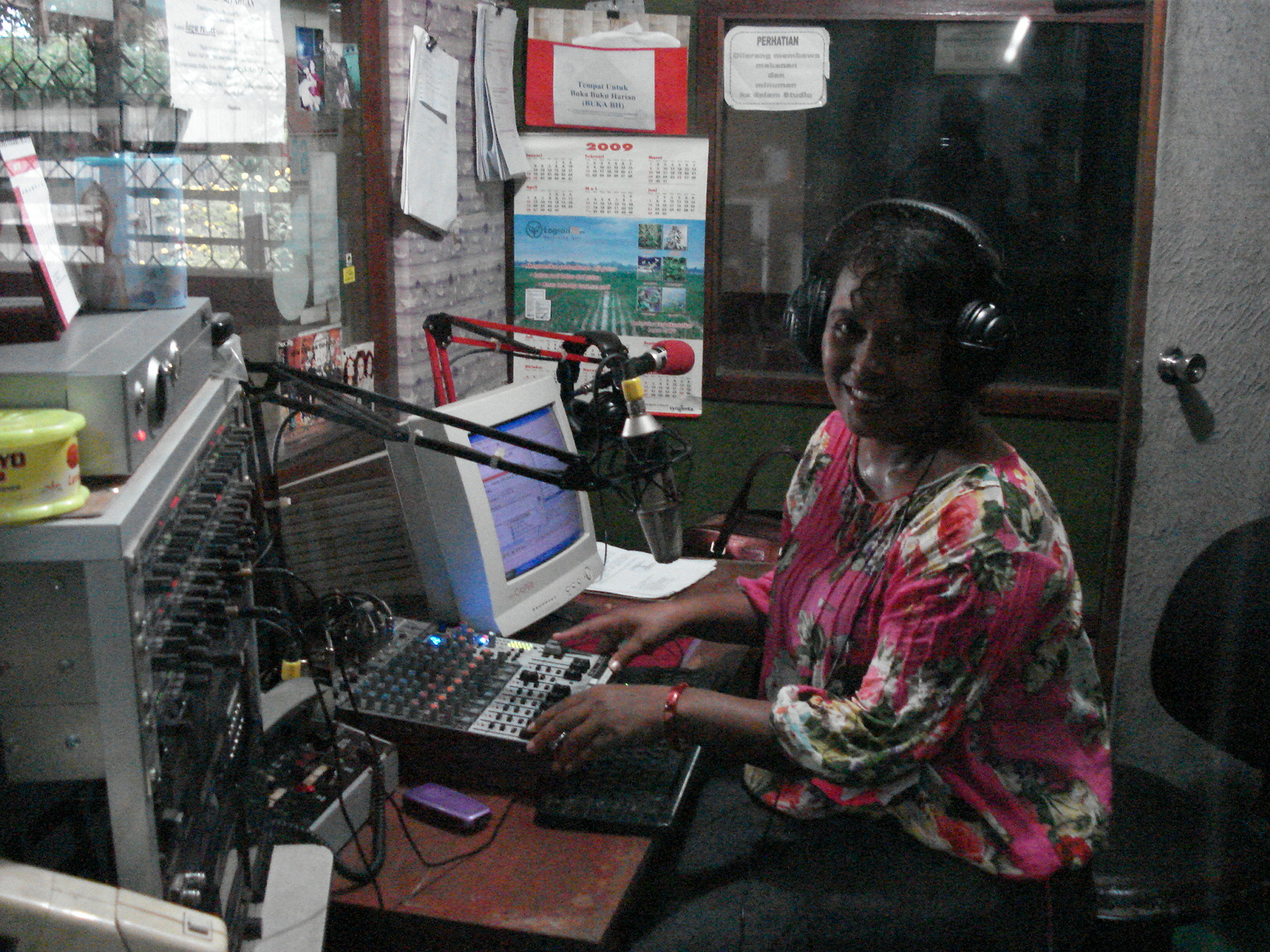 Stimulate, Appreciate, Learn/Link and Transfer are referred to a small but powerful word “SALT”. SALT is an approach which appreciates peoples strengthens and stimulates to act on their own through listening and learning. The learning’s are transferred to others as well. SALT approach has taken as an AIDS Competence approach by the Merauke community, Papua along with other communities in 4 provinces of Indonesia some 3 years ago. The work has been… Continue

True dialogue for transformation and peace

I was truly touched by the book of Thich Nhat Hanh Living Buddha, living Christ, in which he brilliantly shows the parallels between the life of Jesus and the life of the Buddha. I was inspired because many of the things he writes make me think Aha! This is exactly what the Community Life Competence Process is about... I was particularly struck by this paragraph:
"In a true dialogue, both sides are willing to change. We have to… Continue

“Travelling down the roads of learning, my experience, working with truckers”

When I started my work with truckers on HIV, I had several prejudices about them as any other person in the community . I thought they were closed people, I was told that they were spreading HIV because they are mobile and frequent sex workers. But this evolved over time.

As I started working with them I realized that I had no direct link with them, as traders, hotel staff, police men, sex workers, etc. All I understood was that I had to create an opportunity to interact with them in… Continue

On May 11th, the book and DVD 'Healing through our stories: women constructing HIV historic memory' has been presented to the public in Barcelona, Spain, and I am very happy to say that it has been very well received and it has started to live an independent life.

Before the public presentation, we had a 2 days meeting with the participants to have their feedback before anybody else's and to involve them in the presentation. That workshop was one of the most satisfactory events I… Continue

Drum, dance and smile: the Congolese explosion of energy

Last Sunday around noon, Gaston, Mimi and I stepped into the little yard of 'PECS' center (Projet d'Entraide pour la Chaîne de Solidarité) for street children. The boys were excitingly running around, playing football, washing their clothes and gently fighting as young boys do.

Most of them live a hard life in the streets of Kinshasa. Some of them take… Continue

A milestone judgement by an Indian court !

In a 105 page judgement delivered by the Hon'ble Chief Justice of the High Court of Delhi(Mr.Justice Ajit Prakash Shah) and Hon'ble Dr Justice S.Muralidhar; apparently some portions of the section377 of the Indian Penal Code have been declared null and void.

The provision criminalized even an act of consensual sex between adults of same sex in private an offence-a non-bailable crime with punishment of 8 to 10 years.

The High Court of Delhi of… Continue

Recently I was in a workshop along with Bobby in Kerala.. we were doing a self assesment.... My experience with two women on two different days...touched my heart.

Both are called Mini a very common name in Kerala.... One woman is a local leader in her late thirties and the other one is in her late twenties and a mother of two...
During the self assesment process for Mini who is a leader HIV was a distant problem which doesn't affect her directly....
But we also realised… Continue